Username: [Ritsuka-Kun]
Name: Gackt Camui
Age: 19
Gender: Male
Sexuality: Straight or so he thinks really is bi, he likes men more than girls
Description: [look at pic]
Personality: he's very quiet and tends to keep to himself, most people just think he's some sorta freak so they keep their distance he's fearful of people especially of men even if its a friendly handshake he has minor panic attacks
Fear: ever since he was about the age of 4 his uncle and father had started abusing him emotionally, physically and sexually he's afraid of them plus physical contact from anyone
Other info: he has 3 different personality

[Ritsuka-Kun]
Name: Kira & Kuja Chernikova
Age: both are 23 and 30
Gender: female and male
Sexuality: both are straight but kuja is curious >:D
Description: [look at pic]
Personality: they tend to stay close to each other, kuja is very protective of his little sister but if you can get them to open up they are great friends and very loyal to people they care about
Fear: they are both mutants they fear being found out cause in this time mutants are feared and need to register and go through rigorous tests and experiments most dont make it out alive
Other info: kira has the power to [yea i know im takin this from x-men just the powers though :D] absorb the psyche and abilties of another human, through skin contact, if a mutant she can also absorb their powers and abilities, kira can absorb the memories, knowledge, talents, personality, and physical abilities (whether superhuman or not) of the person she touches, as well as occasionally duplicating in herself physical characteristics of her victim, but only for a moment but if she holds on too long the transfer may become permanent leaving the person nearly dead also when she drains the person they become severly weakened or may lose conciousness also for the time that rogue has their powers and stuff the person loses those. Kuja just has to teleport, adamantium claws and can heal himself

[Ritsuka-Kun]
Name: Angel
Age: 21
Gender: female
Sexuality: unsure
description: [look at pic]
Personality: she keeps mainly to herself unless you can get her to open up then she likes to talk and i mean talk
Fear: that someone finds out her power and uses it for evil
other info: she take certain people or reverse time in certain instances not everyone is affected if she does it [Ritsuka-Kun]
Name: Raven Chernikova
Age: 17
Gender: female
Sexuality: bi ;D
description: [look at pic]
Personality: she's pretty outgoing seeing as she's kuja's youngest sister he's the most protective of her and because she gets in the most trouble
Fear: she fears not being liked or being alone
other info: she's the normal one no mutant abilities, plus she helps out at the infirmary at the college since she is really smart anyway

[ArtworkA]
Name:Trace cyrus
Age:20
Gender:Male
Sexuality:Bi
Personality:Very out spoken and sometimes a drunk, haha XD. He loves parting and acting goofy and can be very spontanous and impulsive at times
Fear: He fears the abuse of his father beating him every since the day he acidently killed his own mother. He father hated him for that and made his life a living hell. He his afraid to be near men that remind him of his father. (Might add more)

Name:Alexandria
Age:19
Gender:female
Sexuality:straight
Personality:quiet, calm natured, and loves a nice walks in peace to think and gather her thoughts. She is more reserved and does speak much.
Fear: Fears her older bother who is become a cold blooded killer and also the fact that she at times has horrible thoughts about killing someone when she want to be good.

[GlassCasket]
Name: Daniel Riley
Age: purple! (no he's actually 19 xD)
gender: Male
Sexuality: Straight
Description: (pic foolz)
Personality: Stubborn, arrogant but most of the time he has the right to be since he is correct.
Fear: No longer being able to protect the one's he love
History: He was born into a militarist family and has always had to fight for everything he has. Every man in his family was in the military. He joined the marines and fought in Afghanistan for a year (18-19) he was recently sent home on honorable discharged.
Other: He was an experimental super solider. His body was made to with stand insane amounts of pain and torture and he was given superhuman strength by infusing the DNA of a common worker ant with his. He can lift thirty times his own weight but these abilities come at a price.. The experiments performed on his body caused a mutation in his DNA. He can rip the electrical currents from someone's body. The electrical currents that communicate your bodies basic functions like breathing, pumping blood, etc. He can store such electrical charges for future use.

Username: [Tis gone but never gone]
Name: Michelle Winters
Age: 20
Gender: Female
Sexuality: Bi
Description: [Look at teh pic ^^]
Personality: Cool, calm and in control.
Fear: She fears that she might end up like her mother and sister.
Other info: Michelle's mother is the town slut. Her mother has broke up more marriages than anyone. Michelle's older sister Fay has followed in her mothers foot steps, but Michelle has promised herself that won't happen to her. But that promise dose come with a high cost. But Michelle's family has a secret and that secret it that the family are all mutants. April, Michelle's mother has the power of mind control as dose Fay but Michelle's powers is more like a succubi. Michelle's powers are to seduce men or women into giving her there sexual energy which leaves Michelle feeling alive and wild and dangerous. Now thanks to her auntie Jenna bring her back from the dead Michelle isn't going to waste her life again. She is going to life it to the full and she don't care what people think of her now because it's her life.

Username: [Tis gone but never gone]
Name: Gareth Jones
Age: 20
Gender: Male
Sexuality: Gay
Description: [Look at teh pic ^^]
Personality: Weird, happy but very nosey.
Fear: That his parents won't love him anymore when they find out that he is gay. And that people will find out the family secret.
Other info: Gareth is Michelle's best friend and cousin. Gareth has had a very normal childhood, there has been no huge drama in his life other than him being gay. Michelle and his friends are the only ones that know he's gay. Gareth's mutant powers is to control emotions and that is how he could calm Michelle down so easily.

Username: [HeAVenShallBuRN]
Name: Yog`Sarron
Age: 18
Gender: Male
Sexuality: Straight
Description: [Check there, ya know right under 'Other Info]
Personality: [I dunnot yet! Let’s wait and see >>]
Fear: The world burning.
Other info: Due to his mutation of pyromancy, the ability to create and control fire in sometimes large amounts, he must sleep in a neuro inhibitor to nullify his powers. For on occasion, he has nightmares of his greatest fear, the world burning to nothing but ash. 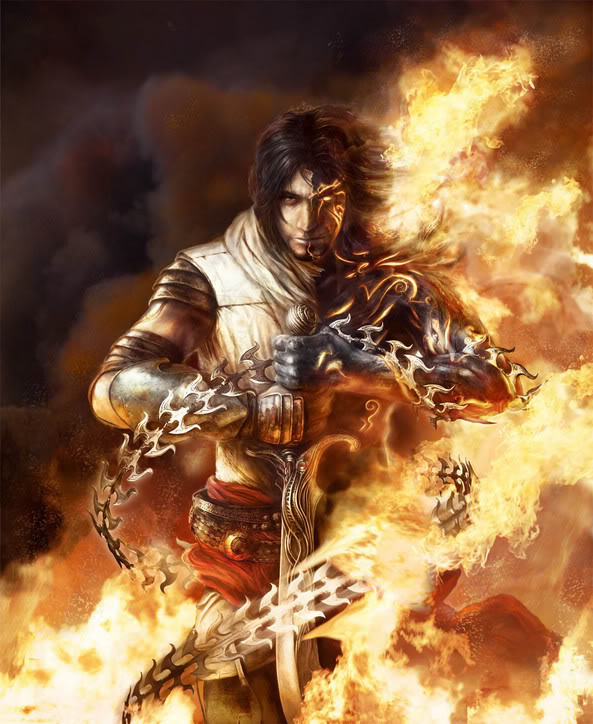 Username:[GlassCasket]
Name: Anatoly Ivanov
Age:21
Gender:Male
Sexuality:Straight
Description: [Das photographieren]
Personality: Tough but fun[likes sucking penis ^.^]
Fear: Mutation, becoming that which he despises.
Other info: Very athletic. His whole family has been in the Olympics but he took a more militarist route. He is an ex Russian Spetsnaz. He still speaks Russian but his english is surprisingly good. He is on Beta team of the eleventh directorate. Trained specifically in use of knives and the OC-14 Groza and SPS pistol he caarys his SPS all the time because he has a permit :P. 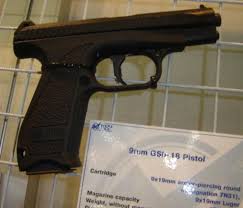 This is Anatoly xD

Username: [wolvie]
Name: Paul Bruce Dickinson (prefers to go by Bruce)
Age: 51
Gender: Male
Sexuality: Bisexual
Description: look at pic ya fools :D
Personality: He's a playfull man who tries to make light of any situation and always tries to have a good time. he's also the singer for the heavy metal band Iron Maiden, an olympic fencing athleate, and a pilot
Fear: Bruce has a fear of his father since his father physically abused him to the point that Bruce was taken from him and sent to live with his grandparents. Since then Bruce has had an intense fear of his father and generally any man with big musceles
Other info: he can heal others but it puts a huge strain on him Uswername: [wolvie]
Name: Nick Andros
Age: 23
Sexuality: Straigt
Description: lookie at teh picture ye foolish fools
Personality: He's a very sweet and caring person most of the time however he will stand for what he believes in even if it means hurting others
Fear: He fears doctors and himself...lately he has been having two oppossing dreams that represent his subconsious in one a 'dark man' offers him the ability to talk and hear in exchange for throwing away his beliefs in the othe he stays deaf and dumb but keeps his beliefs.
He's afraid that he'll hurt others [hopefully that makes sense :D
Other Info: He is deaf and dumb [can't hear can't talk] 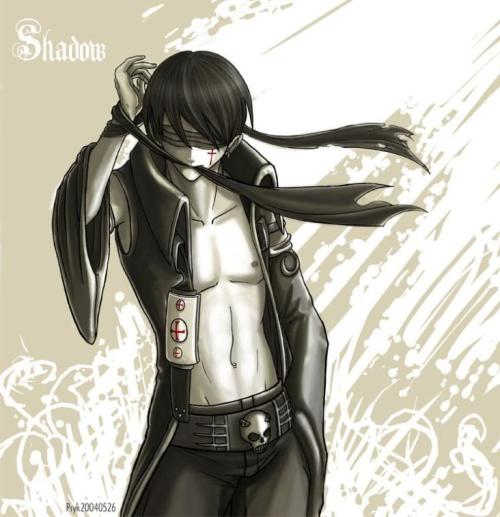 2010-04-26 [GlassCasket]: I shall use my rubber squirrel with his lightsaber attachment!

2010-04-26 [HeAVenShallBuRN]: My infamous blue rubber ducky trumps your rubber squirrel, even with his lightsaber attachment!

2010-04-26 [GlassCasket]: But the fact that you have no penis negates your rubber ducky's attack xD

2010-04-26 [HeAVenShallBuRN]: You're the only one that says I have no penis :D Therefore you've just been negated entirely :D

2010-04-27 [Ritsuka-Kun]: yea sure ya can hence why i have the other info ^^ for anything else you want to put that i didnt specify on the other fill out parts