me in black and white

yeah yeah, this is me, no fuckin long hair anymore=D

My favorite bands are,

system of a down

and lots of other metal bands! 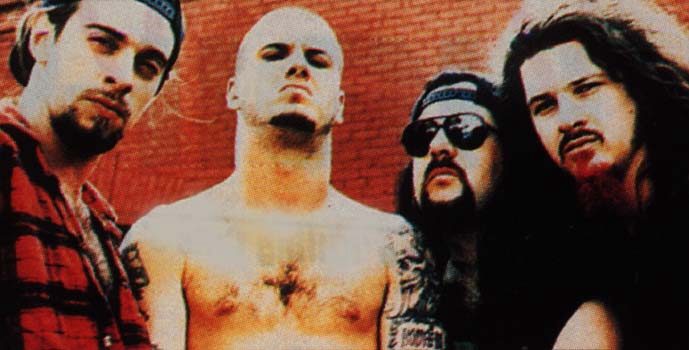 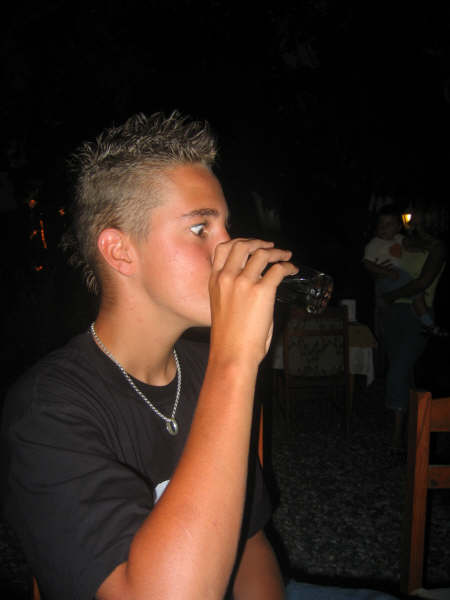 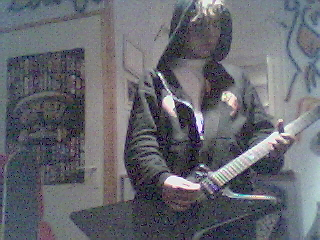 this is daan, also a good friend of me!!=D
[PunkXRock] 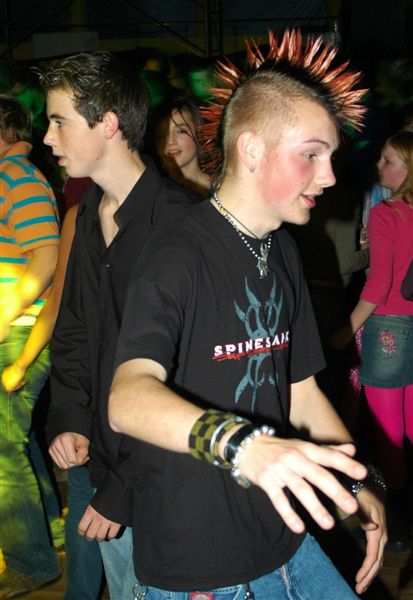 this is cliff burton the best bassist that ever existed, and he was the bassist of metallica!

now a story about him.

Clifford Lee Burton was born at 9:38 pm, on February 10th 1962, to Jan and Ray Burton. Ray was a native of Tennessee, and worked as an Assistant Highway Engineer in the San Francisco Bay Area. Jan was a native of California. She worked for the Castro Valley school district. There she taught students with disabilities. Cliff had two older siblings, his brother Scott and sister Connie.

As a youngster, Cliff played Little League baseball for the Castro Valley Auto House team. He would go on to Earl Warren Junior High, and then to Castro Valley High School. During high school and junior college, Cliff worked at an equipment rental yard in Castro Valley, called Castro Valley Rentals.

Cliff graduated from Castro Valley High in 1980. After High School he went on to Trauma, a prominent Bay Area band noted for its impressive showmanship. Amidst the glamour and the theatrics of his fellow band members, Cliff was the one who stood out the most. Usually clad in bell bottoms, Cliff's on stage presence was marked by his constant head banging and his wild, free flying red hair. He did record some demos with Trauma. One of those songs "Such A Shame", can be found on the Metal Blade Records compilation album, Metal Massacre 2. While Cliff's bass is prominent throughout the song, it fails to showcase his unique trademark style.

It wasn't long until a very young Metallica got wind of this upcoming bass player. Drummer Lars Ulrich and singer/rhythm guitarist, James Hetfield sought after Cliff at one of Trauma's gigs. I think Dave Marrs, Metallicas first roadie, described it best. "I could just see them go, 'Oh my God! Look at that guy!' The thing that struck them the most was that while you see lead guitar-playing, here you had a guy playing lead bass! They thought that was great." After many months of pleas and phone calls, Cliff agreed to join Metallica. However, he would only join if the band would relocate to the San Francisco Bay Area. They agreed.

Replacing Ron Mcgovney on bass guitar, Cliff brought his own creative spark to Metallica. If you we're lucky enough to see Metallica back in those days, you were probably treated to one of Cliff's rather brilliant bass solos. Cliff played the bass guitar like no one ever had before. His solos drew on many styles, with odd jazz timings and psychedelic melodies. However, mere noise it was not. His solos we're superbly executed, with much feeling and finesse. A good example can be found on Metallicas debut, "Kill 'Em All". Entitled, "(Anesthesia)-Pulling Teeth". More examples can be found on numerous bootleg releases.

Cliff contributed largely in the song writing department of Metallica. His first contributions appeared in 1984 on "Ride The Lightning". One of the highlights of R.T.L. is the last track, "The Call Of Ktulu." An instrumental that displays Cliff's "lead bass" approach. Another highlight is the crowd pleaser, "For Whom The Bell Tolls." A great example of Cliff's melodic lead playing and use of distortion, can be heard in the songs introduction

1986 ushered in the release of the groundbreaking, Master Of Puppets album. Abounding in classical influences, it was their most solid effort to date. Cliff's bass lines, as if holding it all together, were even more intricate and prominent. As is the case in Orion, the album's 7th track, where Cliff's solo is hauntingly beautiful. Orion was largely Cliff's composition. But the most standout cut was the title track Master Of Puppets. Which, as Cliff stated in a 1986 interview, was his favorite Metallica song to date. M.O.P. pushed the band over the top. Even with the huge success of the album, Cliff never lost his highly personable on and off stage presence.

1986 was also a very eventful year for Metallica. It saw the release of their 3rd album, they did a US tour with veteran rocker Ozzy Ozbourne, and James Hetfield broke his left arm. After touring the US, they headed over to Europe. On September 26th, Metallica played in Stockholm, Sweden. It was an especially great night for the band. It was the first time James resumed his rhythm guitar duties in months. That night along with a great bass solo, Cliff delivered a very melodic, and stirring version of the Star Spangled Banner. It seemed nothing could stop the mighty Metallica machine.

Metallica was en route on a road between Stockholm and Copenhagen, to their next gig that was scheduled for September 27th, 1986. Earlier that night the band drew cards for the assignment of the bunks on the tour bus. As fate would have it, Cliff drew the ace of spades and chooses Kirk Hammett's bunk. Around dawn, the bus driver lost control of the bus and overcorrects with the steering wheel to get back on the road. The bus begins to skid out of control and rolls several times before coming to a halt. Cliff was ejected and pinned underneath. The band disembarks to find Cliff motionless. Later a crane was brought to the scene to lift up the bus, the band hoped Cliff could be saved. However, after lifting the bus up, it slipped back down. According to Mick Hughes, Metallica's sound engineer, no one was sure if Cliff was still alive at that point.

His body was flown back to the United States. His funeral was held on October 7th, 1986 at Chapel Of The Valley in his hometown of Castro Valley, CA. He was cremated, and his ashes were spread at a place where he spent a lot of time at, the Maxwell Ranch. One of those in attendance was his friend, Dave DiDonato. This is his account of the scene. "We (several people and family) stood in a large circle with Cliff's ashes in the center. Each of us walked into the center and took a handful of him and said what we had to say... Then he was cast onto the Earth, in a place he loved very much."

At this point, James Hetfield, Lars Ulrich and Kirk Hammett could not be considered a band. They even refused to be called so. However, they were determined to do right by their friend. In an interview from February 8th, 1987, lead guitarist Kirk Hammett, put it this way. "Right after the accident happened, we individually decided that, the best way to get rid of all our frustrations, would be to hit the road and get all the anxiety and frustrations out on stage, where they should go. They should go toward a positive thing like that. We were very traumatized, and felt a lot of emotional distraught over the situation. "

"The worst thing we could do is just sit in our room and sulk over the matter and wallow in our pity. The more you think about it, the deeper you sink. We each thought individually, we have to keep on going, we have to work because it wouldn't be fair to Cliff to just stop. Also if he were alive for some reason or another and like y'know he couldn't play bass, he wouldn't tell us to stop. That's the way he would've felt. He would've wanted us to go on."

Gender: male
What do you do?: Being lazy
Place of living: Netherlands
Exact place of living: rijswijk
Known languages
Elfpack crew wannabe: No
Music
Other interests
Civil status: single
Sexual preference: opposite sex
Body shape: normal
Height: 160
News about Elfpack
Help - How does Elfpack work?
Get $10 worth of Bitcoin/Ethereum for free (you have to buy cryptos for $100 to get it) and support Elfpack!