*drools* i want to lick kyo

Some things you might not have known about kyo


Kyo- vocalist
Birthdate - 16/02/1975
Bloodtype - B
Height - 160cm (5'3")
The short, wicked member of the group, Kyo is a lively, bouncing bundle of twisted energy. You've just got to watch him in action for awhile, see the expressions that go across his face, to know that there's something demented going on up there. In the most wonderful of ways, of course.
Kyo was born in Kyoto, is currently 30, Aquarius if you believe in astrology, and is known to enjoy lying during interviews, which means you can never really be sure that what he said has an ounce of truth in it. Kyo is not his real name, but he hates his own and decided to change it, choosing the Kyo from his birthplace Kyoto. He has a powerful, throaty voice that he can do an amazing number of things with, and writes all the lyrics for Dir en grey's songs. He's been known to say that he will never write a happy ending in a song.
He was one of the origional members who had been in the band La Sadies before it split. He writes all the lyrics for Deg, and none of the other members seem to complain. His lyrics are very full of angst, hurt, and anger. Once injured in his left ear Kyo remains partially deaf. He loves to sleep...or at least it seems that way.
His uniquely plain face is transformed into something stunningly beautiful when covered with the sort of extreme makeup he favours, his short, spiky hair changes colour constantly, particularly to bright red and blonde, both of which suit him the best, and the kind of costumes he designs often draw upon traditional Japanese (such as kimonos) intertwined with the darker twist of the modern -- leather, pvc, corsets, cyber-esque wiring.
Like other members, Kyo is seen often with a cigarette in his hand. Kyo didn't choose to go to highschool. Instead, he opped it for starting a carreer in a band right away.
Kyo seems to enjoy making his songs so only he knows the story behind it. Many are about a bigger picture but it's only one jumbled part and there isn't enough explanation to fully understand. It's a very interesting way of writing them.
Also, in an interview about the Vulgar cd, Kyo stated that he writes his songs to portray as a color that he sees in his mind. He tries to get the feel of the color and make it more pure.
I love Kyo's evil little grin. I love the way he can cover himself completely and look sexy as hell.. even sexier than when he's baring chest and thigh galore. He knows how to make himself so much more than he might otherwise be. He knows how to fall asleep absolutely anywhere. He knows how to sound like he's vomiting or like he's orgasming in almost the same breath. Completely at odds with himself, he is too complex to be easily understood or appreciated. . Kyo is unique, and bright star. 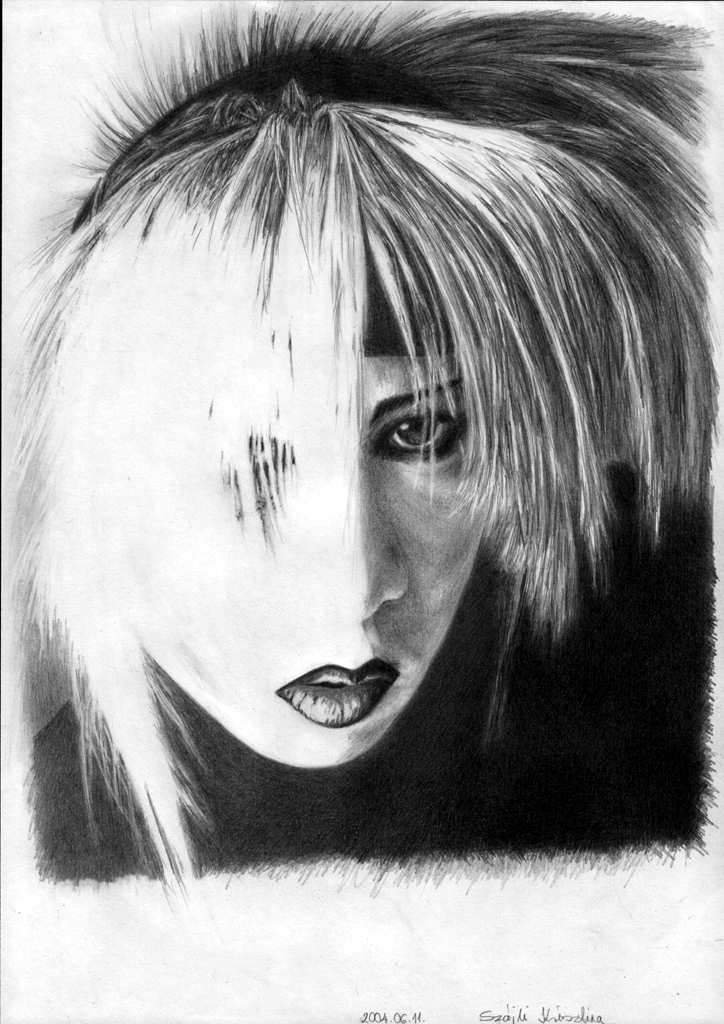 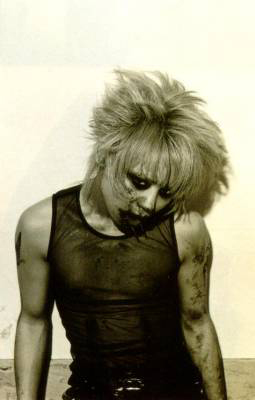 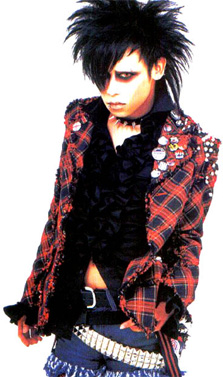 back to Vulgarity: A Tribute to Dir En Grey
back to kyo=voice

That much makeup at least!!!

2006-07-05 [Fake smiles and Bittersweet kisses]: yeah i know its not going to be perfact but i still want to do on though i think this one is near perfect though its not me

2006-07-05 [kittykittykitty]: I can't see the pic ;_; i'd love to cosplay as one of the DeG guys too. They have such great outfits :D Where I live there is never occasion for it. I think most Brits are waaay too uptight about dressing up

2006-08-10 [kittykittykitty]: DeG gifs?? Add them, add them! Everyone has just been adding little bits of info and pictures as they go along so you should just add them to the correct page in the gallery :D

the ones I found are

You can refuse to believe me but I know what I saw XD he was shorter than my boyfriend, and my boyfriend is 5 3.