Elfpack secret service has made this comment about this member:

This member like to send chain messages to people. These are annoying and if he carries on he will be banned!

Its me. Sorry its blurry will try to fix it later.

This page is a safe zone. This means that all people are welcome here, regardless of age, race, ethnicity, gender (including gender of birth), beliefs, abilities, sexual orientation, and religion. 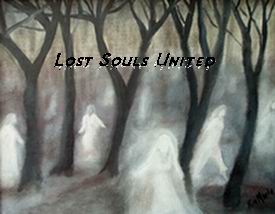 this wiki is for all those lost souls that feel like they have no place in the world to get together and just find one another, learn new things, maybe even get some things off of their chest and maybe make new friends.
[Lost_Souls_United]

I am also an Electrum Dragon

I did not draw this!!! (Could not find a picture of an Electrum Dragon.)

In the war between good and evil, Electrum Dragons take the side of the noble and good.
When it comes to the powers of Chaos vs. those of Law and Order, your inner dragon tends to do things by the book.
As far as magical tendencies, your inner dragon has the ability to conquer the world of magic, but it will not be easy.
During combat situations, a true Electrum Dragon prefers to defeat opponents by the use of spells and other tactics.

Dragon Description:
Although aloof from most of humanity, this dragon delights in the freedom of flight and the exhilaration of thunderstorms. They will fly and frolic amongst the clouds during a storm, where their forms are indistinguishable from the bolts and flashes of lightning all around them. Their voices are as great as thunderclaps; sharp and explosive, or prolonged bass rumbles. Their unseen presence overhead is often indicated by a faint smell of ozone, and humans in the area may notice static electricity making their skin tingle and hair stand on end.

The Electrum Dragon is a transmutation from the element of earth to those of fire and air. It embodies the secondary element of electricity. The hatchlings are clothed in scales in shades of silver and gold, from eggs that resemble ordinary rocks. Unhatched Electrum dragon eggs can often be found as thunder eggs.

As the dragon matures, it becomes more and more a creature of energy, and upon its first flight, during a thunderstorm; it will be transformed into its adult form by a bolt of lightning. When it chooses to take a visible form, the adult can be varied shades, from pure white to electric blue, or hot pale purple, orange or reddish. Electricity is often dancing about its lithe form in a constant halo. This dragon is loyal to its few close friends, and does not associate often with humans, preferring the company of more elemental creatures. When its slow temper is roused to defend itself or friends, this dragon moves with the speed of lightning and attacks with powerful electric bolts. Their unseen presence overhead is often indicated by a faint smell of ozone, and humans in the area may notice static electricity making their skin tingle and hair stand on end.

This was done by [Mildred Hubble] is she not a wonderful artist?

Wiki's that I have joined! Gender: male
Place of living: USA-Ohio
Exact place of living: Napoleon
Known languages
Elfpack crew wannabe: Yes
Sexual preference: opposite sex
Height: 188
News about Elfpack
Help - How does Elfpack work?
Get $10 worth of Bitcoin/Ethereum for free (you have to buy cryptos for $100 to get it) and support Elfpack!